“Are We, as Catholics, Promoting Divorce?”

During our first offering of the Catholic’s Divorce Survival Guide (CDSG – the predecessor to SURVIVING DIVORCE) at St. Catharine of Siena Church…”Sharon” was a participant who was separated but not pending a divorce yet. She received a lot of support from other group members (we had 17 in all in our first offering). She and her husband also ended up attending Retrouvaille. Halfway during our 12-week offering, we learned that she had moved back with him, and they were working it through and moving forward. Sharon gave the support of her CDSG group due credit for helping her move in this direction—toward healing and reconciliation (a message reinforced through CDSG).

I’m sharing this for two reasons–one it is great positive news. The second is a question that someone once asked me, when he saw our marketing target those who are not just divorced, but separated: “By reaching out to those who are not divorced but only separated, are we promoting divorce among them?”

Anyone who has been through divorce knows the answer to this question, which is “No!” At the same time, it’s still a fair question to ask, if not just as a caution to ourselves. The vast majority of program participants did not wish to get divorced—even those who had to file. Unfortunately, if one is separated already, divorce is a true reality that may lie on the horizon. And for a program such as Retrouvaille for be effective, both parties MUST be truly committed to healing, reconciliation and keeping the covenant. Otherwise, it’s a waste of time.

Further, whether one is officially divorced, pending, or completely uncertain, it does not detract from the excruciating pain of separation, and the damage it can do to one’s physical, emotional, financial and spiritual well being. This is a crucial time during which, if their experience with the Church is negative or neutral, we may just as well tell them goodbye, and send them on their way.

So, if the potential for healing and reconciliation is there–by all means we want it! But often that potential is lacking, and we need to move forward addressing things as they are, not as we would like them to be. 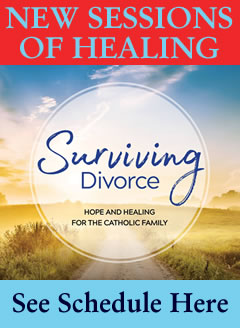 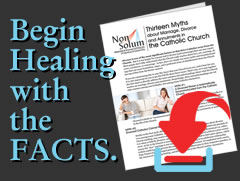